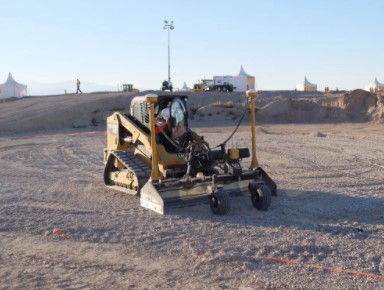 The global pandemic has had a huge impact all around the globe, with the threat to human health affecting all industries and all activities. However, the latest technology is offering solutions and helping firms to adopt systems that are already available. This is certainly becoming apparent in the construction sector, where contractors and technology suppliers are meeting the many challenges posed by the pandemic.

Construction activity was halted initially by the pandemic in many areas but then was able to commence again by following new practices, with technology playing a key role. Pete Large is in charge of civil construction field solutions at Trimble and he believes that the pandemic has certainly affected the adoption of technology in construction. He commented, “In the civil engineering sector we’re definitely seeing some trends there.”

Large believes that the need for social distancing on construction sites has led to changes in the way personnel work. He thinks that one way this has been apparent is how 3D data is transferred to construction equipment onsite. In past years, this has been done manually, “…a lot of customers have been taking sticks to machines.” 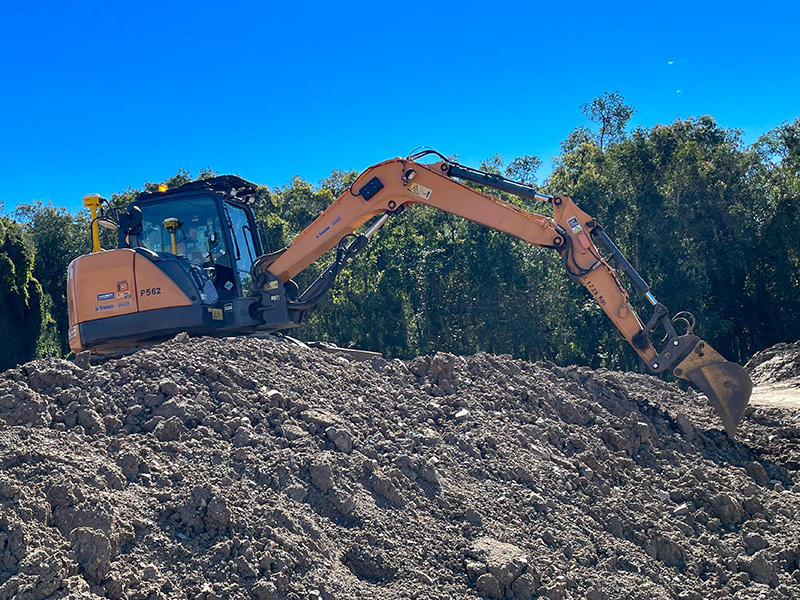 As a company that prides itself on adapting to the needs of students and employers, Major Training Group, one of Australia’s oldest registered training organisations, is pushing the boundaries again.

Since its founding in 1998, Major Training has supported the construction industry by providing training and certification services to individuals and companies across Queensland, Brisbane, Sunshine Coast, Ipswich, and The Gold Coast. Heavy equipment ticketing is a large part of its services, with training on excavators, front-end loaders, dozers, graders, backhoes, skid steers, and compact track loaders.

In partnership with Trimble and SITECH, the Trimble authorised dealer, Major Training is expanding its comprehensive training and certification curriculum to include technology, specifically the GNSS-enabled navigation and control of heavy machinery.

Built to meet the needs of resource exploration activities, this system improves productivity and awareness with easy, efficient, task-specific navigation.

For ultimate flexibility and mobility install and quickly calibrate the Trimble GuidEx system on anything from utility terrain vehicles (UTVs) to heavy equipment, on or off-road.

Intuitive Software, Rugged Hardware -Built to meet the needs of resource exploration activities but can be used in many more applications, this system improves productivity and awareness with easy, efficient, task-specific navigation, featuring colorful graphics and a user-friendly and intuitive interface.

A race against time

Every year, while most construction companies are wrapping up the season for winter, energy producers prepare to deploy an army of surveyors, heavy equipment, and drilling rigs into uncharted regions in Canada.

Mulchers, dozers and drill rigs navigate deep into the woods to build 14-inch-thick ice roads. Once the roads are finished, they start constructing drilling pads, which must support rigs weighing as much as 38,000 kg.

The season lasts only as long as temperatures drop below freezing and stay there, generally between November 1 and April 1. Not surprisingly, energy producers are always looking for technology that can help them accelerate the process.

Customer Profile: Founded in 1961, McConnell Dowell Constructors (Aust) Pty Ltd is a leading infrastructure contractor in Australia, New Zealand, and Asia. With headquarters in Hawthorn, Victoria, Australia, the company is best known for its large-scale projects that include roads and bridges, pipelines and railroad assets.

Australian infrastructure contractor McConnell Dowell has built some of the most challenging roads, rails, dams, pipelines, marine assets, and other infrastructure in Australia, New Zealand, and Southern Asia. The company’s success is largely due to its structured approach to every build, combined with creativity and progressive thinking.

McConnell Dowell strives to continuously improve its processes, often with help from technology. That’s especially true on the company’s latest endeavor, the Level Crossing Removal Program (LXRP). This multi-year program was established by the Victorian Government to oversee one of the largest rail infrastructure projects in the state's history.

As part of the Western Program Alliance (WPA), which also includes Arup, Mott MacDonald, and Metro Trains Melbourne, McConnell Dowell is charged with removing and renovating a set number of the crossings. To date, the alliance has completed six of the crossing projects and is currently working on another four.

Michael Mongan, Project Director with McConnell Dowell, says, “There are many day-to-day challenges on these sites, as they are typically very large, in some cases upwards of 6km long. And we’re working within an operational light rail environment, so trains are flying by at 100km an hour. In the early days, a lot of the communication was happening via photography or just verbally delivered.”

“Just surveying the individual project sites was a challenge,” adds John Dyer, Engineering Manager with WPA. “Even the best surveyor in the world might only survey on five- or 10-meter grids, so we would only get a snapshot of that particular point or area, which then had to be interpolated on a 2D drawing. We needed a way to survey the whole site quickly to provide a timely resource for optimal collaboration and project management.”