While many of us were perhaps having a slow start to the new year, two SITECH trainers and a group of surveyors and grader operators hit the ground running with a two-day workshop in the Gold Coast Hinterland in Qld.

The sessions were held in January at a civil site at Upper Coomera for surveyors from Survey Management Solutions and operators with CCA Winslow.

The aim of the training was to refresh and revise the group’s skills and knowledge of both the SCS900 and GCS900 software packages from Trimble and how they work and interact with the Trimble Total Station.

At the basis of it all were new manuals created by SITECH product support representatives Shaun Gray and Jim Skelhorn which, as Shaun explained, were specifically created for SMS and CCA Winslow to make life easier for everyone.

“The manual contains all the info we know these guys need specifically for the work they do,” he said.

“Because it has been customised for them they now don’t have to wade through the whole manual looking for what they need.

“It means less downtime - and we are only able to do this because of the solid and long-term relationships SITECH has with the companies.”

Part of the training involved the surveyors getting to know GCS900 (which is aimed at the operators) and the operators with SCS900 (surveyor orientated) so that both groups understand how the other works, potentially leading to more seamless operations.

“An example of that would be the surveyors seeing how the info from SCS900 is handed over to the machines for machine guidance,” Shaun said.

“It gives them a greater appreciation of how the information they gather and create translates, in this case, into the actual operation of a grader.

“The sessions also gave the guys the chance to ask questions and to explore aspects of the software and hardware they perhaps hadn’t fully exploited before.

“Everyone involved has been using the system and software for some time, so the sessions were really about fine-tuning and sharing knowledge.”

SITECH undertakes such training on-site on a regular basis. If you would like further information on training available for your operation, contact your local SITECH rep to find out more.

In order to use an MS992 or MS990 Receiver with the newly released MS995 Receiver in a dual configuration on a dozer or grader, users must be running Trimble GCS900 Grade Control System version 13.10 or Cat® AccuGrade™ version 13.10.

Running previous versions of the grade control system in a mixed receiver configuration will result in incorrect system guidance. Upgrading to version 13.10 corrects this issue.

You are eligible to upgrade if you have a current Trimble Protected Firmware plan.
If you would like further information on this upgrades, or Trimble Protected, please contact your local SITECH office or call head office on 07 3851 8370.

Own the project lifecycle from design to construct

Take 3D designs from SketchUp to your GCS900 with the Trimble Site Contractor SketchUp Extension.

See how in the video below. 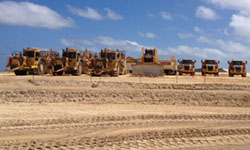 When Georgiu Group, a national building construction, engineering and property development company, were awarded a land development project, they took this opportunity to review their productivity and cost control. The six-month project in Alkimos, Western Australia, involved moving 600,000 cubic meters of sand, rock and limestone 1.5 kilometers between the cut and fill zones. The site measured 2 kilometers long by approximately 600 meters wide. To get a better understanding of payloads, movement of material, and the productivity of operators and mass haul routes, Georgiou turned to SITECH WA.

In the past, Georgiou manually collected payload data to map to cost centres. They had no access to real-time data on productivity and material movement leading to potentially inaccurate and sometimes delayed information.

Read the full story of how Georgiou used the Trimble technology to increase productivity and finish the project early on the Trimble website.

But “Old School” ways are working 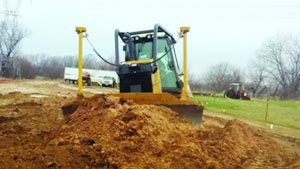 Silver Spur Construction is a site prep, erosion control, and subbase contractor started in 1975 and they’ve done quite well. “Old school” ways have grown the family-owned firm from just two men to 60 machines in almost 40 years.

“Most of our work has been government work throughout the years,” Waco Webb, the company’s project manager, estimator and operator says. “They would give us a set of plans, but they’d say, ‘Just make it work.’ In other words, make it fit.”

But when government work slowed Silver Spur decided to expand its horizons and Waco knew this would require more precision. 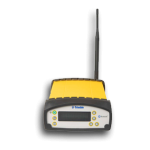 After trying out the different systems Silver Spur bought a new Cat D6K dozer, equipped with a Trimble GCS900 machine control system and a Trimble SPS855 modular receiver and they love it.

“I want to use it on every job. I’m always looking for any possible way I can use it, Waco says. “It’s been going non-stop since we’ve had it.”

Webb thinks Silver Spur has achieved a 20-percent increase in grading productivity, and on one project, recovered more than one month of time after bad weather.

He’s also eager to share what he’s experienced with machine control with other managers.

“[Grade control] is a lot of money, but you should try all the systems—it will ease your mind and you’ll think, ‘Okay I made the right decision,’” he says. “And, anybody can sell you something, but make sure you’re dealing with someone that will service you after the sale.”

Read more about the journey Silver Spur took to move from “old school” to increased productivity on the Construction Equipment blog.

If you’re ready to grow beyond your “old school” ways why not give us a call.