One of Victoria’s major infrastructure projects has added a new level of accuracy to its operations thanks to Trimble and SITECH.

SITECH was approached to provide a solution to enable the project team to accurately manage the amount of material loaded on to trucks leaving the site to ensure that they were not overweight and were safe to use the public road network.

Using covered conveyors, the rock and soil from the Tunnel Boring Machines (TBMs) will be moved to the spoil management facility, where the four excavators will load the material onto trucks to be transported offsite to suitable fill sites.

All the load data will be sent via Trimble InsightHQ back to the project team for daily reports that will detail every bucket loaded and how many tonnes of material have been loaded.

The TBMs will excavate over 1.5 million cubic metres of rock and soil. Depending on the ground conditions, the machines will typically bore an average distance of 9m per day.

The West Gate Tunnel Project will deliver a vital alternative to the West Gate Bridge, providing the city with a much-needed second river crossing, quicker and safer journeys, and remove thousands of trucks from residential streets.

The project is a partnership between the Victorian Government and Transurban and will be built by construction contractors CPB Contractors and John Holland (CPBJH JV).

Construction is under way, with the new road to be opened in 2022. 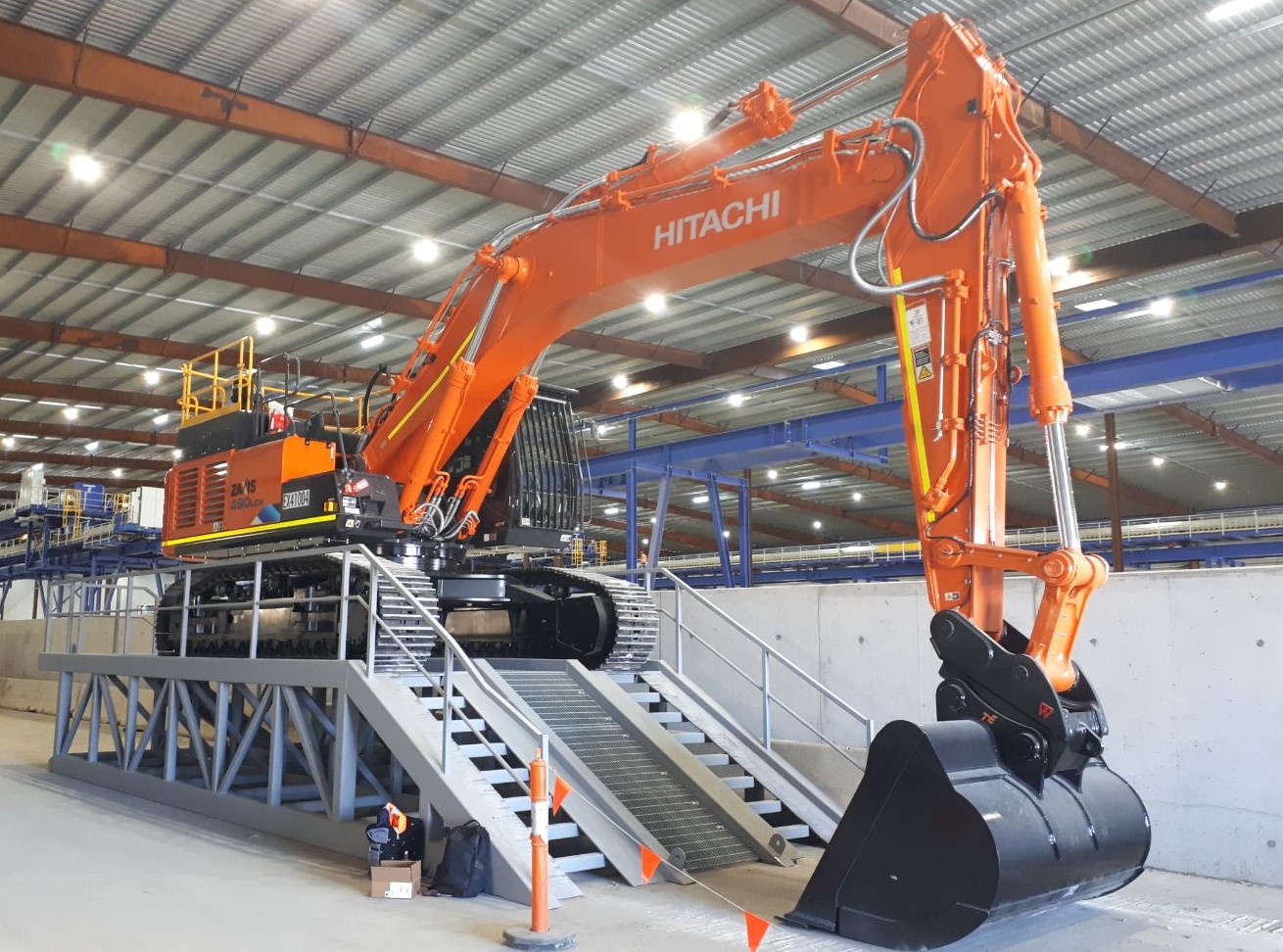 Power ahead with your TBC skills

Power up your Trimble Business Centre skills and knowledge in Melbourne in November with the APAC Power Users Group (PUG).

PUG is for TBC users who know the product well and are looking to be more effective and productive with TBC.

It was established about two years ago in North America within the Civil Engineering and Construction sector.

The sole objective is to provide high-end training for key personnel in our customer and dealer organisations to make you more effective and productive with the product, and to assist you to better train your staff to get more from the product.

As a user of Trimble Business Centre, you likely have little available time to refine your knowledge and use of the tools available to become a true Power User of the product.

In our experience, most users reach ~60% maximum capability on their own and so miss many key workflows and processes that can make them truly more productive.

So the Power User Group was established to focus on that 40% that you don’t know and may never find out on your own, and to give you, our users, the ability to work with us directly to get answers to those questions that you have.

This APAC PUG will be the first Power User Group in the Asia Pacific Region, tailored to this growing user base for the product.

In addition, this PUG brings together the CEC and Geospatial customer groups for the first time.

From Monday, November 18 to Wednesday, November 20, at the Melbourne Convention and Exhibition Centre, APAC PUG 2019 will deliver the knowledge you need to take your TBC use to a whole new level – and beyond.

United Civil Construction Ltd (United Civil) was established over 40 years ago in New Zealand with the forming of United Carriers Group. When the group separated its construction operation in mid-2006, United Civil was formed. The civil construction company has over 120 trained and experienced staff who deliver outstanding work on projects from Auckland up to Cape Reinga. With a focus on benefiting its people and the communities in which it serves, United Civil puts health and safety at the core of its operations. It is also committed to building all of its projects in a sustainable manner that does not harm the environment. 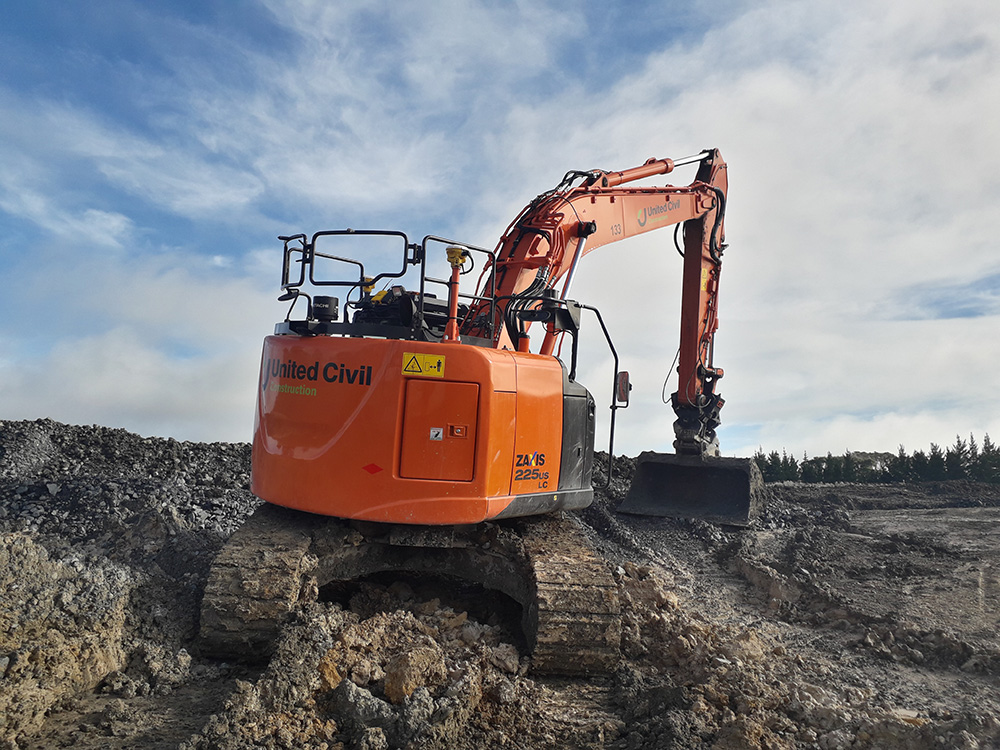 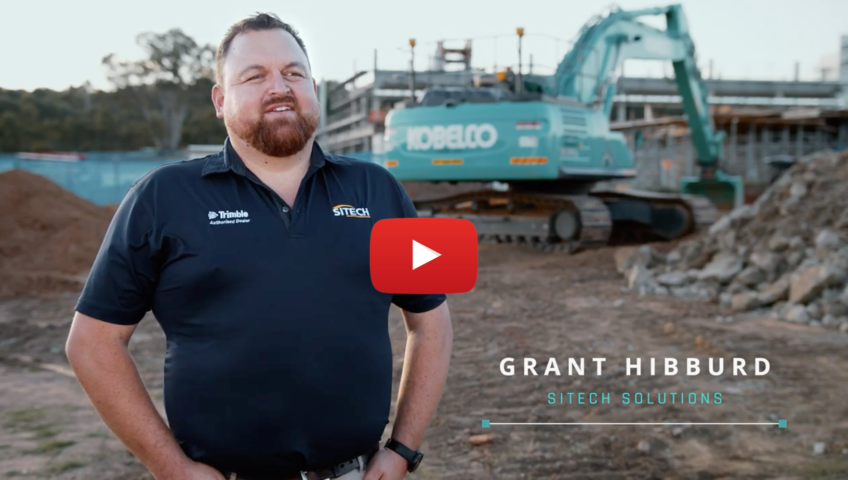 One of the world’s largest manufacturers of earthmoving equipment last year teamed up with Trimble to take its machinery to the next level with the introduction of a Trimble Ready option.

You can learn for yourself how that partnership can benefit your operations with this video created by Kobelco and SITECH Solutions.

The option is available for select Tier 4 Final Kobelco excavator models in Australia and New Zealand.

With a machine control system using automatic, the machine automatically controls the position of the bucket and the boom when operating in a semi-autonomous mode.

All that the operator needs to do is position the machine and simply pull back on the arm control stick where he wants to cut the grade.

The system will stay on grade automatically controlling the boom and the bucket to keep the cutting edge perfectly on grade according to the site plan. It even works with tilting buckets and tilt hitches.

SITECH dealers understand how to apply Trimble Connected Site solutions across the construction site's operations to effectively improve on- and off-machine productivity.

To learn more, contact Kobelco at Kobelco.com.au and SITECH at sitechcs.com or call 1800 SITECH. 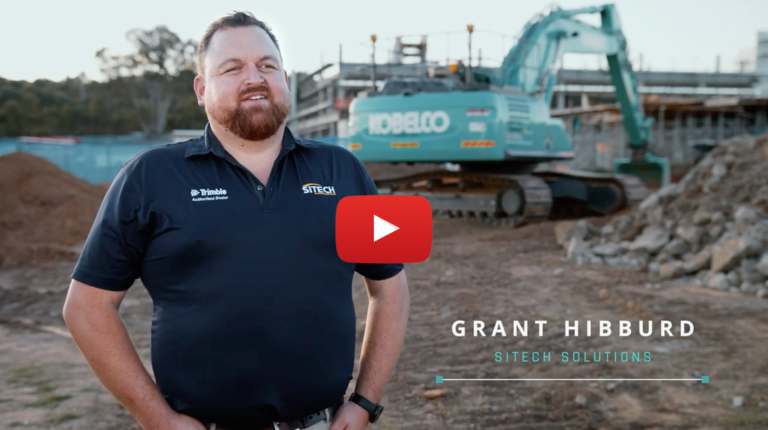 A high-tech system for one of the world’s largest mining  services companies that was devised and created by SITECH Constructions Systems here in Queensland is going global.

The system has been employed by Orica, the world’s largest provider of commercial explosives and blasting systems to the mining, quarrying, oil and gas and construction markets, a leading supplier of sodium cyanide for gold extraction, and a specialist provider of ground support services in mining and tunnelling.

It was introduced first in Australia in 2014 and due to its success is being phased in by Orica across its global operations. The system has already been introduced in 11 countries around the globe and will be further installed in another 22 countries.

The system in question is an In-Vehicle Monitoring System (IVMS) boasting a range of features that provide live monitoring of an array of activities.

Emergency situations are a particular focus with alert notifications, cameras, and duress switch just some of the safety minded applications.

“The solution is purpose built to provide data and information regarding driver behaviour and operational activities,” says SITECH’s Anthony Kwok.

“It provides Orica with information to improve driver safety and work more efficiently. It also provides information that Orica can share with their customers and to investigate vehicle incidents.”

Anthony said Orica released an RFP to market and Trimble approached SITECH to see if the Australian firm was interested in working with them on it.

“Orica wanted one global solution for all their vehicles.  This included a low cost and advanced telemetry solution that could be deployed globally,” he said.

“We put together a team of project co-ordinators, technical experts, subject matter experts and a lot of research and development to respond to their RFP.”

For SITECH installation technician Matt Redwood, the roll-out has meant plenty of new stamps in his passport – this year he has travelled to Indonesia and South America and in June is headed to the UK as part of this worldwide roll out.

“I was in Indonesia early in January to train local installers at one location – a coal mine in Borneo,” Matt said.

“I trained up four installers who will then implement training for Orica throughout its Indonesian operations.”

In March Matt spent about two weeks in South America, this time undertaking installations and system checks, repairs and QAs in Panama and Colombia.

“It has been a busy but rewarding year so far,” Matt said, adding that the Google Translator app had been invaluable on both trips.

Next up is the UK and Northern Ireland, where he will train installers for Orica’s European operations.

Anthony said it was an important project for SITECH and something of a landmark.

“It’s the largest project in the history of SITECH Construction Systems - and the first global project for us,” he said.